You Can't Antagonize and Evangelize

I have tried and succeeded to remain non-partisan on this blog for a long time, because I feel like this is a place where politics doesn't belong. I think this post will still achieve that, cause I believe the LGBTQ+ issue shouldn't be a matter of party, but about human decency and equality. So with that, we'll get right into it.


Throughout the past few years I've learned a lot about the LGBTQ+ community. I've had many best friends who were gay, quite a few now that I think about it. I've tried to educate myself about the issues, ways to help, and how to celebrate them instead of persecute them, and ultimately it was easy to love them, as they are truly no different than me. I've even emailed my congressman about issues regarding the community (you should too.) One thing I hadn't had much experience with was the transgender community. I accepted them as they are, but to be honest I didn't really know the first thing about them. I have a friend, who will remain anonymous, who has recently decided to transition from a female to a male. I decided to talk to him and help myself get educated on the issues in the transgender community and help myself and my readers understand more about them and what they face. 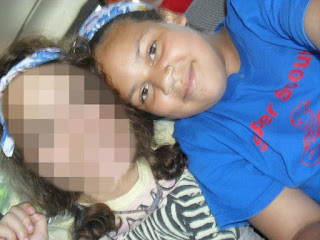 I met, then (let's call her Cassie) in sixth grade (I think). Our friendship goes so far back it kind of ran together and I'm not even sure when it began. We were friends throughout middle school and then our friendship naturally fizzled out throughout high school. I will always consider him a friend, no matter what we go through or where we end up.

A little side note real quick. I'm using different pronouns here. I used "her" when referencing them in middle school, but now that their preferred pronoun is "he/him" I will only be using that from now on. It may seem silly or weird, but a lot of people use incorrect pronouns when referring to transgenders and it can come off as insensitive and offensive. Just learn what they prefer to be called and you will be fine!

I asked (let's call him Colton) if I could just pick his brain a little and ask him a couple general questions about transgenders that I had and know others might want answers to. He was super cooperative and taught me a lot, and never got offended when I asked a question that was probably very ignorant.


How did you come to know you were really meant to be a guy?

"It wasn't something I always knew." This for him was a gradual discovery, something he took time and research to help him understand, but that isn't always the case. Some people take a lifetime to understand, and others know from a very young age. Everyone's story is different. For him, other people's stories of how they came to terms with it really helped him discover his own identity and he was able to "realize little things in the past about myself that could correlate with my feelings now." One thing he notes and I thought it was important not to leave out is that his ability to push himself allowed him to find more happiness, and that's all this really is about. Everyone deserves love, acceptance and happiness.

What steps will you be making in your transition?

This part is the part that truly varies among every single case. For Colton, beginning to dress in more "masculine" and "boy" clothes was the first step. Some transgenders choose to do hormone therapy, have surgeries to alter their biological state, and grow out/cut their hair. It honestly depends on the person, and there is no one right way to transition, nor is there a wrong way to transition. Also, dressing a different way is not an identifying factor for anybody, especially transgenders. If they identify as a man but still want to wear pink and dresses, it doesn't make them any less of a man. Often times transgender people dress differently at first because it's more comfortable for them, but also because society has placed these expectations of what "men" and "women" are supposed to dress like, and if they don't they might not "pass" for that gender. Does that make sense? I will leave out the details of his transition for his privacy, but it's important to note that it doesn't really matter, which is definitely something I learned.

Does transitioning affect your sexual orientation?

This is a question myself and most people I know probably are confused about, because of our ignorance on the matter. It may seem like a stupid question, but Colton helped clarify it and now I seem less confused. For the person transitioning, it may or may not change. If you like boys before, you might like them after, or you might not, and vice versa. A common misconception I had is that transitioning your gender identity has an effect on your sexual orientation, which most of the time it doesn't. You still love who you love and you're attracted to whoever you were before (in most cases.)

Any misconceptions about the transgender community or anything else you'd like to say?

"Honestly, I think people fear what they don't understand. At the end of the day, the trans community is filled with people who are just trying to have the same basic rights as everybody else and to be comfortable while doing it." They aren't mentally ill, or sick, or scary, they're people. Like you and I.

I'm really not trying to force any views down your throat or push you to one party or the other like I said before, this isn't a partisan matter. I'm just simply trying to educate and help others understand. What this community and everyone needs is LOVE. Spread love. Radiate positivity. Repeat. I'm so sorry this post was incredibly long but if you stuck with me until the end THANK YOU. Also a huge thank you to Colton for bearing with me and being so open about his story and his community.

Also to those who still may not understand or believe what they want to believe, I hear you and I respect you. I was watching Queer Eye the other day and they said something that really stuck with me, "you cannot antagonize and evangelize." Just remember that. 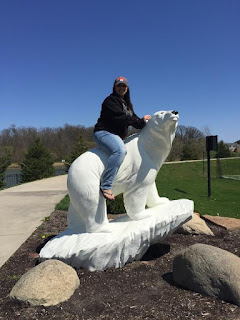